How To Freeze Dry Pasta

Freeze drying food is a great way to store all kinds of things for long term storage. Gone are the days where preppers just store wheat, dry milk, and potato pearls. Food storage can now include things from cheese (not just Velveeta or canned) to powdered raw eggs to Spaghetti O’s.

Yeah, I said it. Spaghetti O’s and ravioli to get started.

Pastas are some of the funnest foods to freeze dry and reconstitute. I love doing them because I have a love/hate relationship with carbs. Check out some of my keto meals/foods that I’ve freeze dried, if you don’t believe me. Even the keto chaffle is possible during the end of the world.

I love ravioli and Spaghetti O’s because those were some things from my childhood. I don’t make as many processed foods for my kids, but when we have something like these, it’s a treat.

And when I freeze dry them, they’re an even bigger treat.

I think it is and here’s why. There’s such a thing as food fatigue. Ever gone on a diet where you could only eat a certain list of food? People have actually starved with an abundance of food around them because they were burnt out on the food. It’s a thing. It’s crazy, but it’s real. That’s why it’s so important to have a variety of foods in your food storage.

Plus, what a fun thing to trade, if the need arose.

Also, a canned dish like ravioli would be very heavy to backpack into a campsite or something else. When you freeze dry pasta, you take the moisture out of it and make it very light and easy to carry.

Another point I’d like to make is the necessity of being able to provide comfort food to your family. Believe it or not, these cheaply made processed foods are savory and in a lot of instances considered comfort food. That’s going to be a big deal when you’re worried about where your next meal is. They also pack a punch in the calorie department.

When times are hard, calories are going to be appreciated no matter how they’re available.

How do I prep pasta to freeze dry?

With the canned pastas, you just empty the canned food straight onto the trays and toss the cans.

I don’t use liners or anything else, but you could use tray dividers, if you want.

I like to load up my trays and don’t generally weigh them, but some people do and that’s great, if it works for you.

The amount of cans is going to vary based on your tray size/machine size.

Ultimately, though your question you’re asking here, is:

HOW MUCH SPAGHETTI CAN I DO IN MY FREEZE DRYER?

Should I pre-freeze my pasta before freeze drying?

I do. Again, your mileage may vary, but I don’t leave anything to chance. Most of my items are prefrozen and that’s because I block prep.

Not everyone does or can. If you’re going to pre-freeze, load up your trays and place them in the freezer for at least 12 hours. 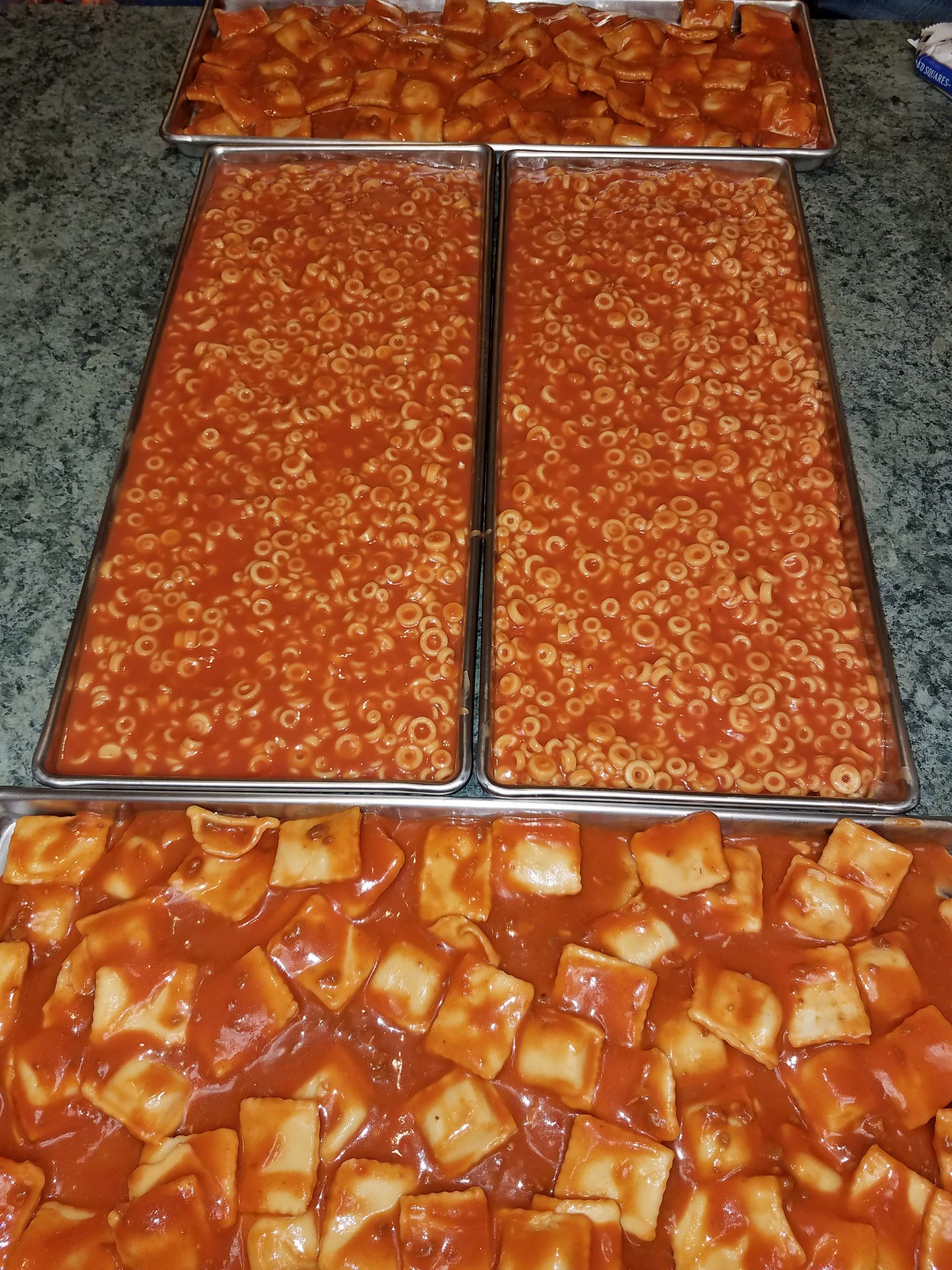 I wasn’t sure I would like the ravioli since it has more of a fat content than the Spaghetti O’s. That always worries me with freeze dried foods. 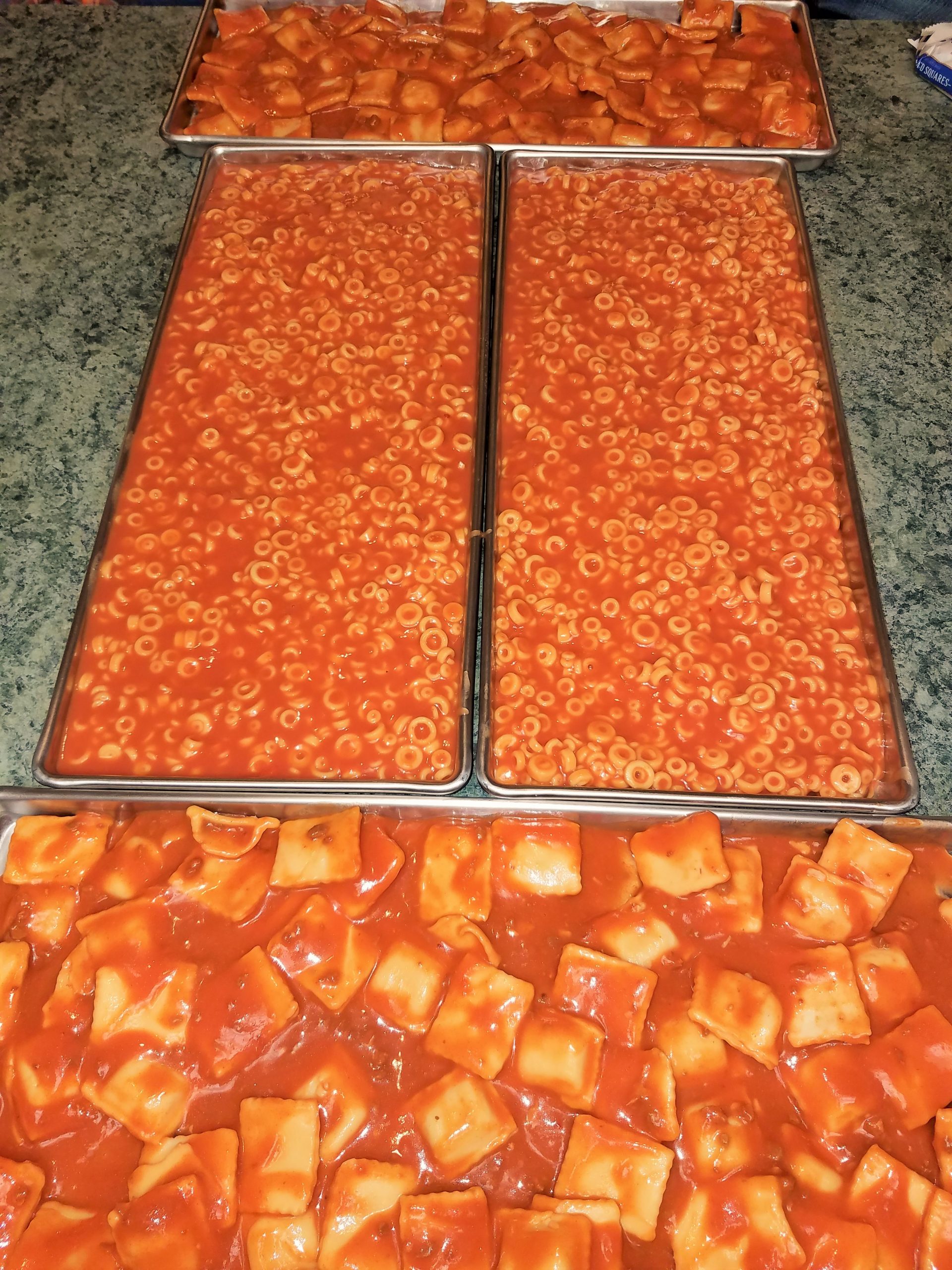 When they came out though, they were fully freeze dried and even pulled away from the edges of the trays nicely. They were easy to break apart and easy to store. 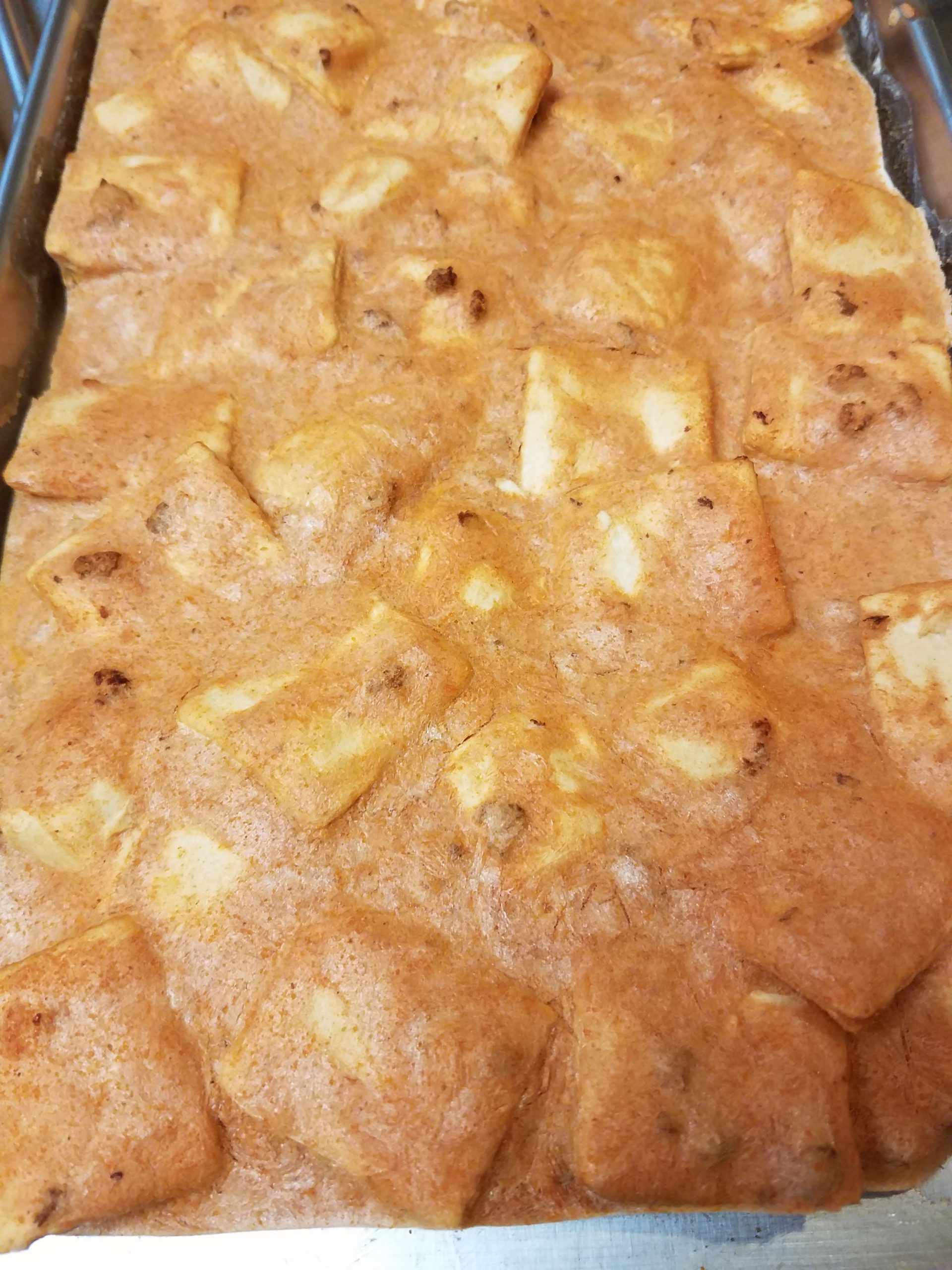 I did have to double check to see if there was any oily residue and I didn’t notice any, but that doesn’t mean it isn’t there. I’m definitely keeping the ravioli in the shorter term bins – more like the next few years rather than the next decade or so. 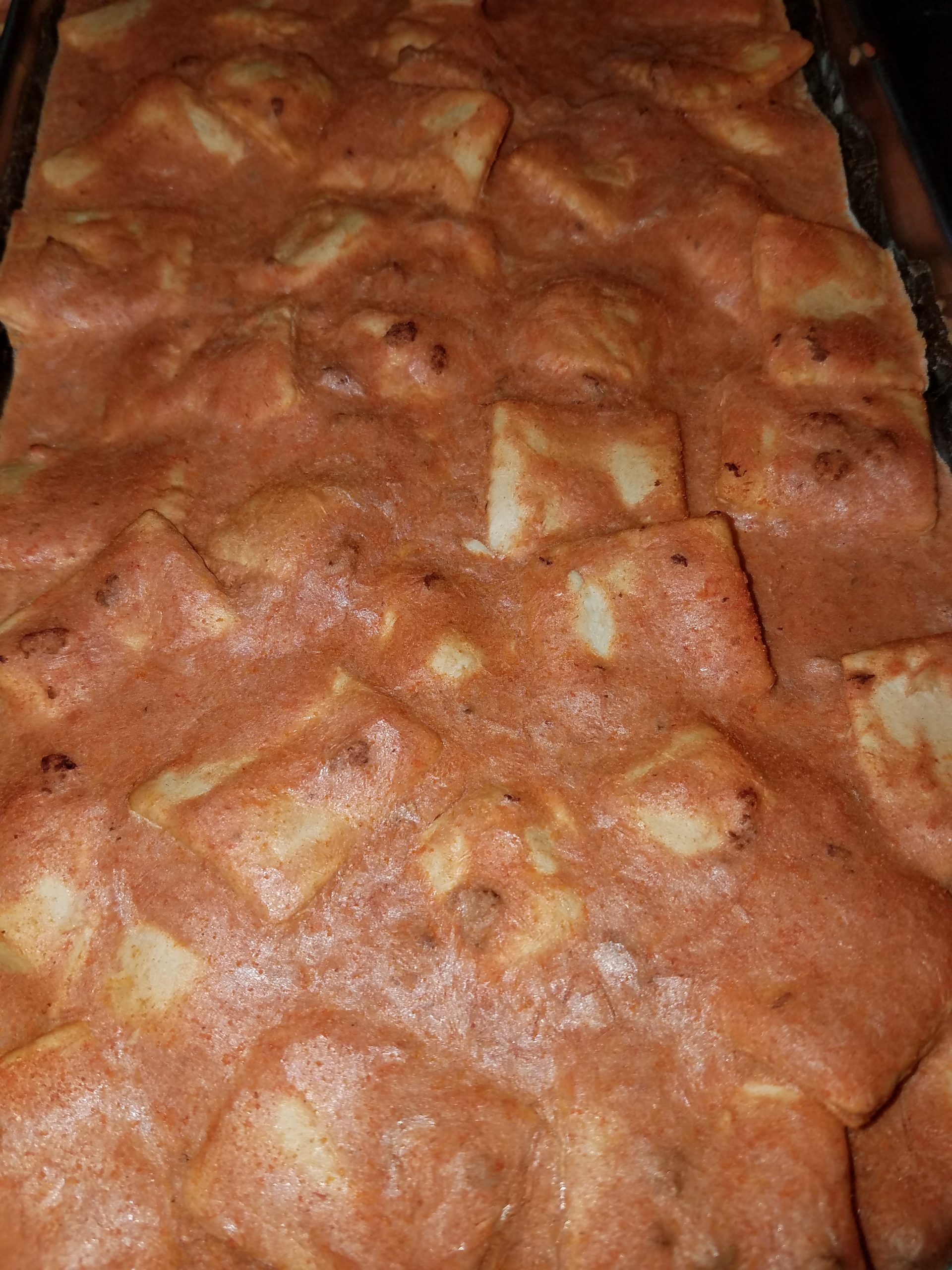 How Do I Reconstitute Freeze Dried Ravioli

Isn’t it beautiful though? I just love all of the micro chasms of flavors in it. It was DEFINITELY something I would love to eat when food is scarce. It reconstituted in my mouth and it was easy to recon in a bowl with hot water – I would start with a 1 to 1/2 ratio. So for the cup of ravioli, I’d only add 1/2 cup of boiling water until all of the water was absorbed, then I would slowly add it until the consistency I wanted was reached. I have more images of ravioli below.

Then we have our Spaghetti O’s.

You can see here how all of the pastas retained their shape. This was my childhood favorite of foods – hands down. Even over pizza. I remember one summer, my mom let me pack my suitcase with a whole bunch of cans of Spaghetti O’s. I was in heaven.

Look at that density! 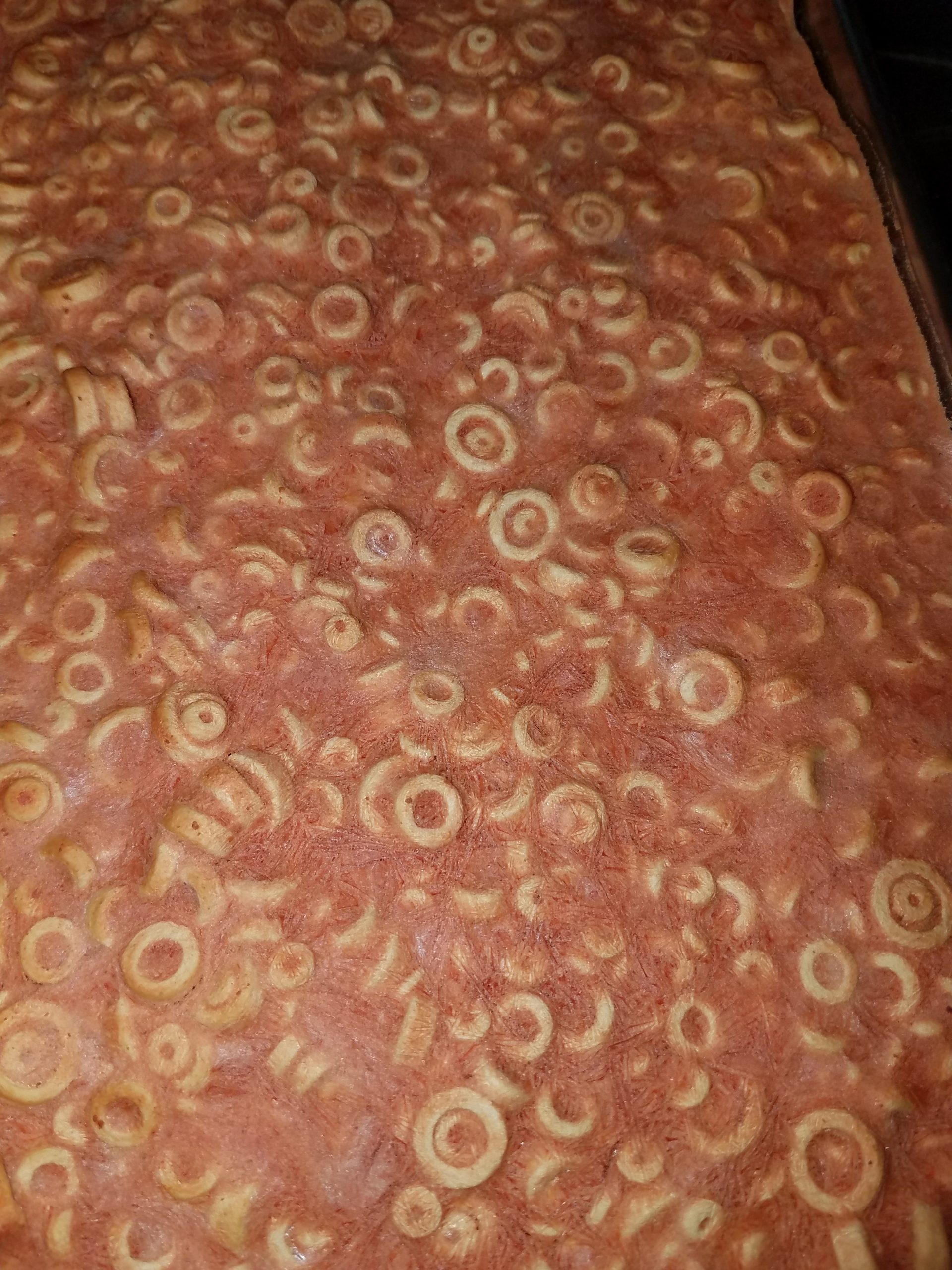 You can see here how it pulled away from the tray edges, making it very easy to remove when it was finished. 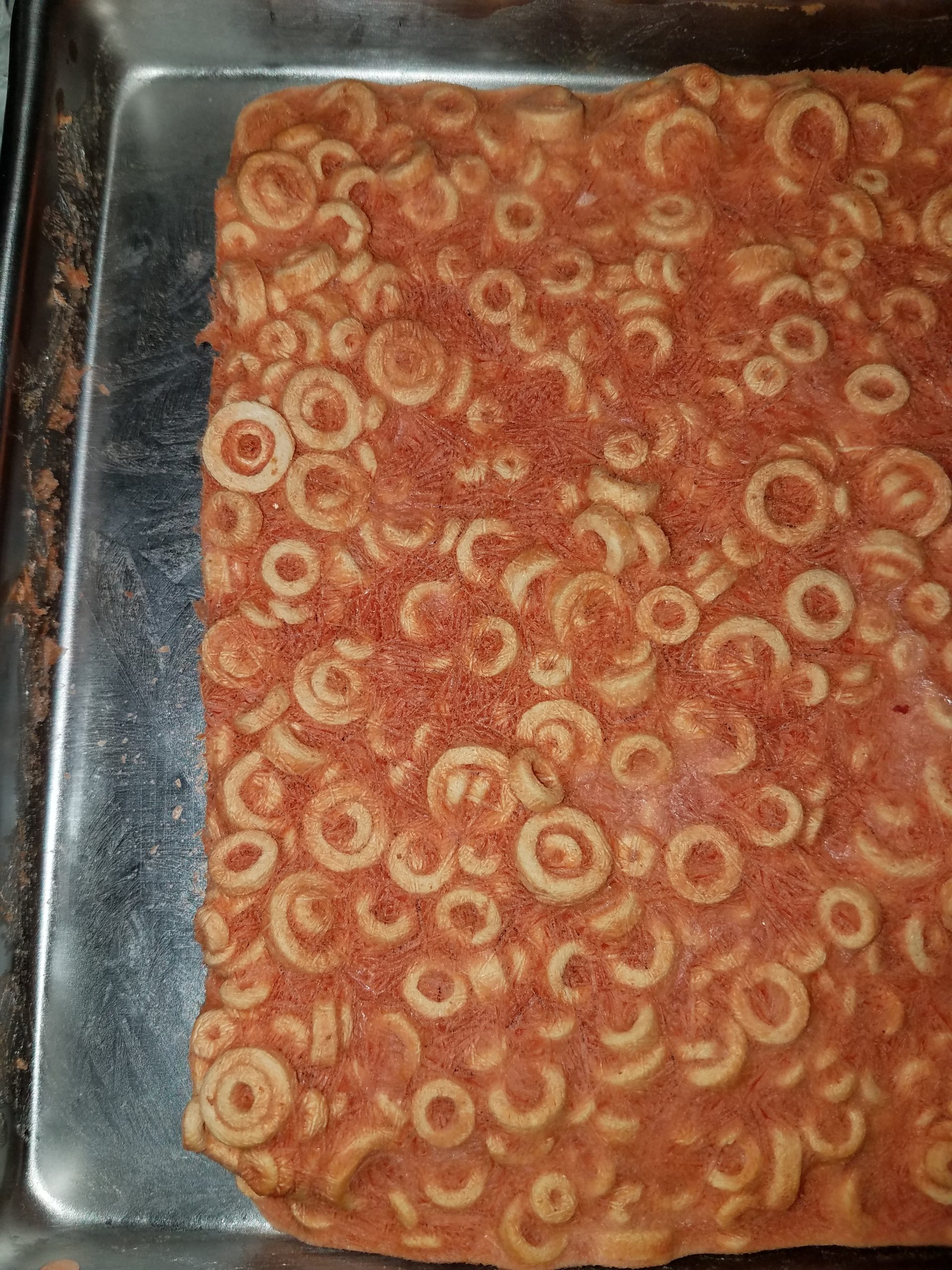 When I broke it apart for storage and to check if it was done, it did so with the slightest snap. Most of the noodles even kept their shape. 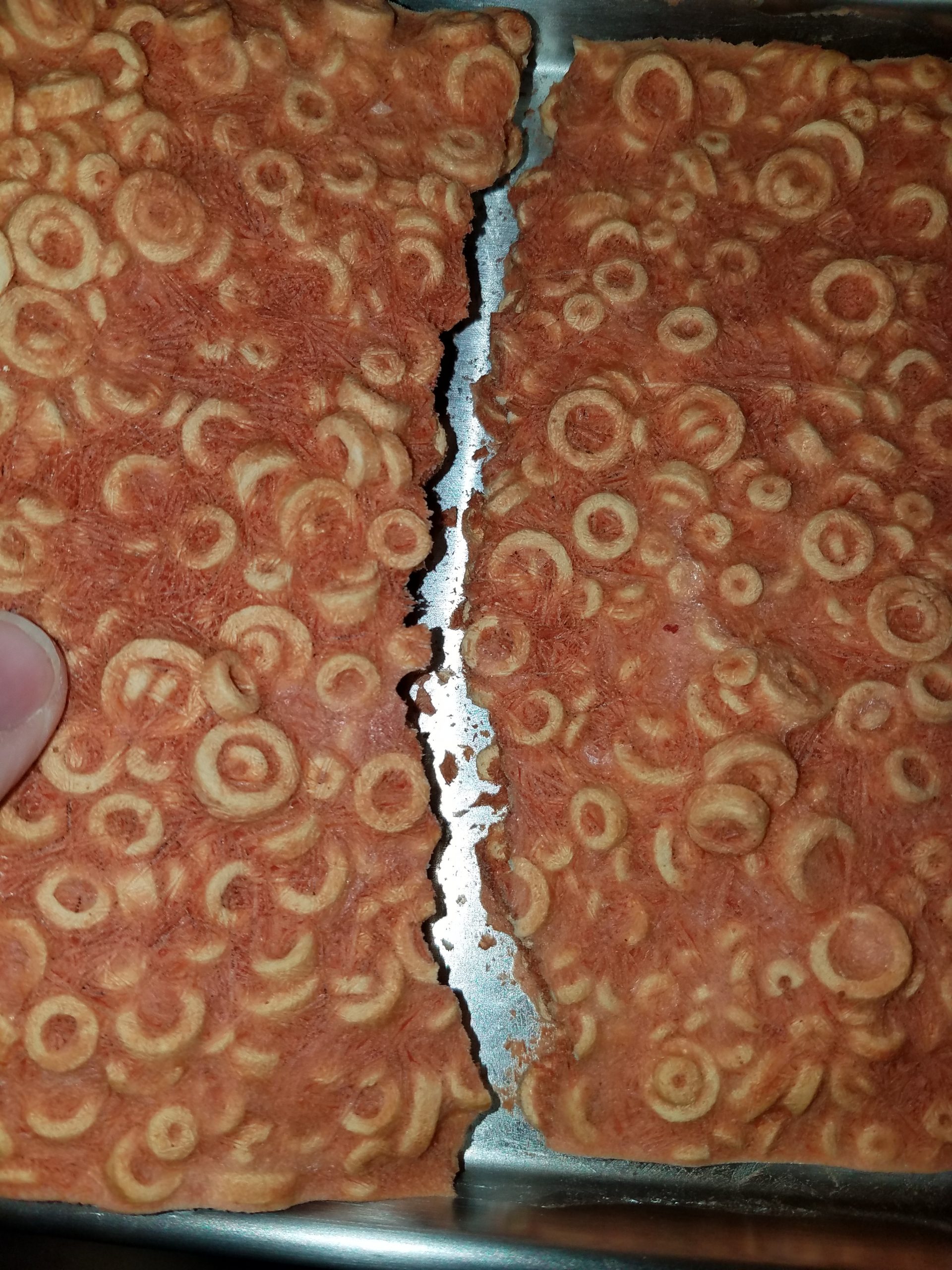 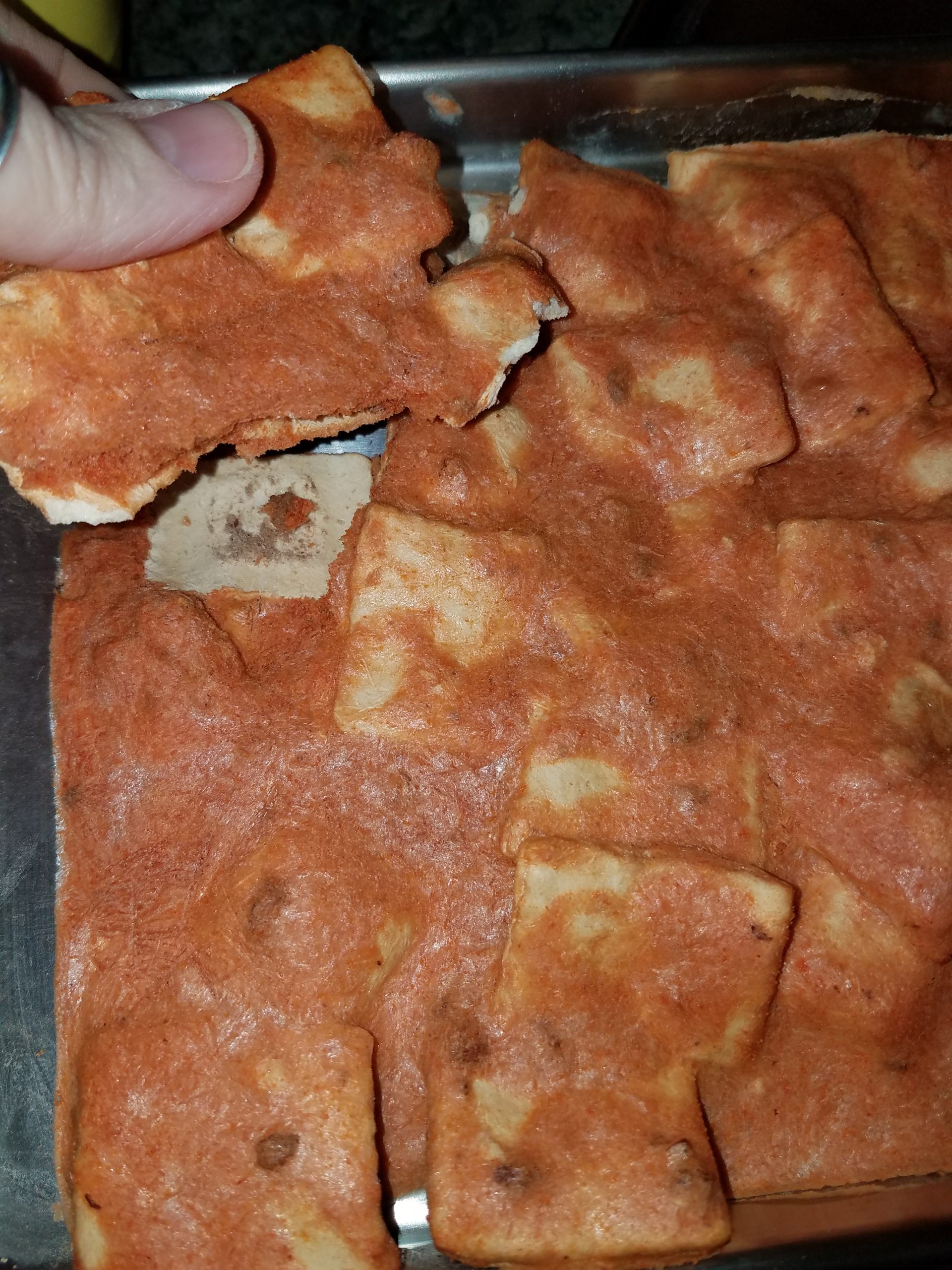 The ravioli was harder to keep together since the raviolis themselves are like two pieces of noodles pinched together. They don’t necessarily always stay together either after being freeze dried. Much like the ice cream sandwiches don’t. That doesn’t make them any less delicious, though. 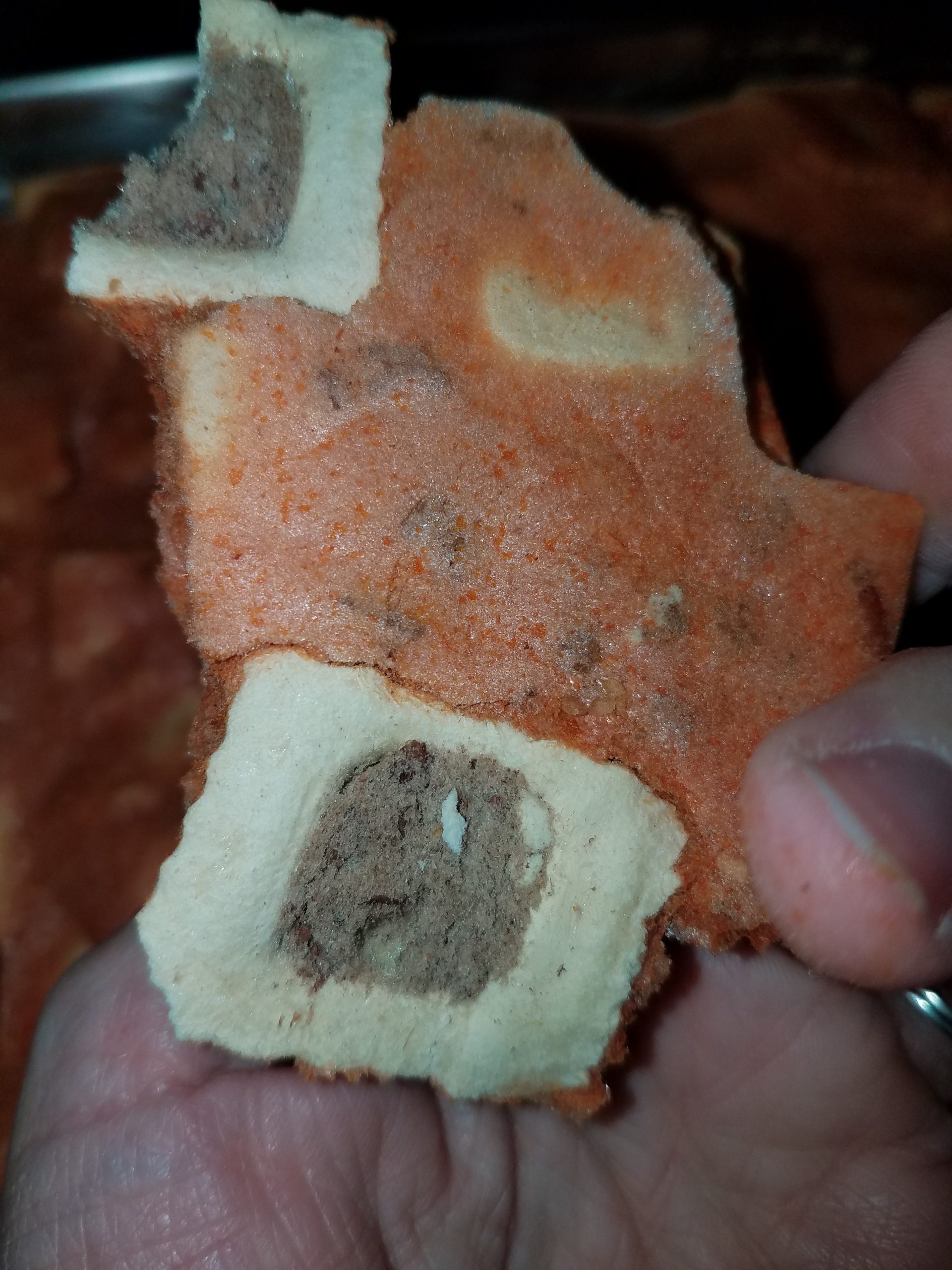 HOW DO I FREEZE DRY SPAGHETTI?

Then a vacuum pump turns on and creates a vacuum inside the drum. This is the drying stage and will vacillate the heat of the tray up and down to a pretty warm temperature. This makes the frozen items release any water in them in vapor form. The vacuum sucks the moisture to the drum. This collects in ice form on the inner circle of the drum.

WHAT SETTINGS DO I USE TO FREEZE DRY SPAGHETTI?

On the Harvest Right freeze drier – this works on all sizes – after putting the trays inside the drum on the shelves, I put in the drum cover (if you don’t have a drum cover, no worries) and then tighten the handle as I lock it shut. On the computer touch screen, I selected START > LIQUID > NOT-FROZEN > CONTINUE. After inputting the settings and making sure my drain tube is closed, I walk away.

HOW LONG DOES IT TAKE TO FREEZE DRYSPAGHETTI?

WHAT IS THE BEST WAY TO STORE FREEZE DRIED SPAGHETTI?

Oh, I love this question. Ultimately, I love mylar bags. They’re my favorite way to store anything freeze dried, but a lot of people make great cases for mason jars. As long as you have the item completely freeze dried and stored in a lightless, airless, air tight container with an O2 absorber, your item will be just fine.